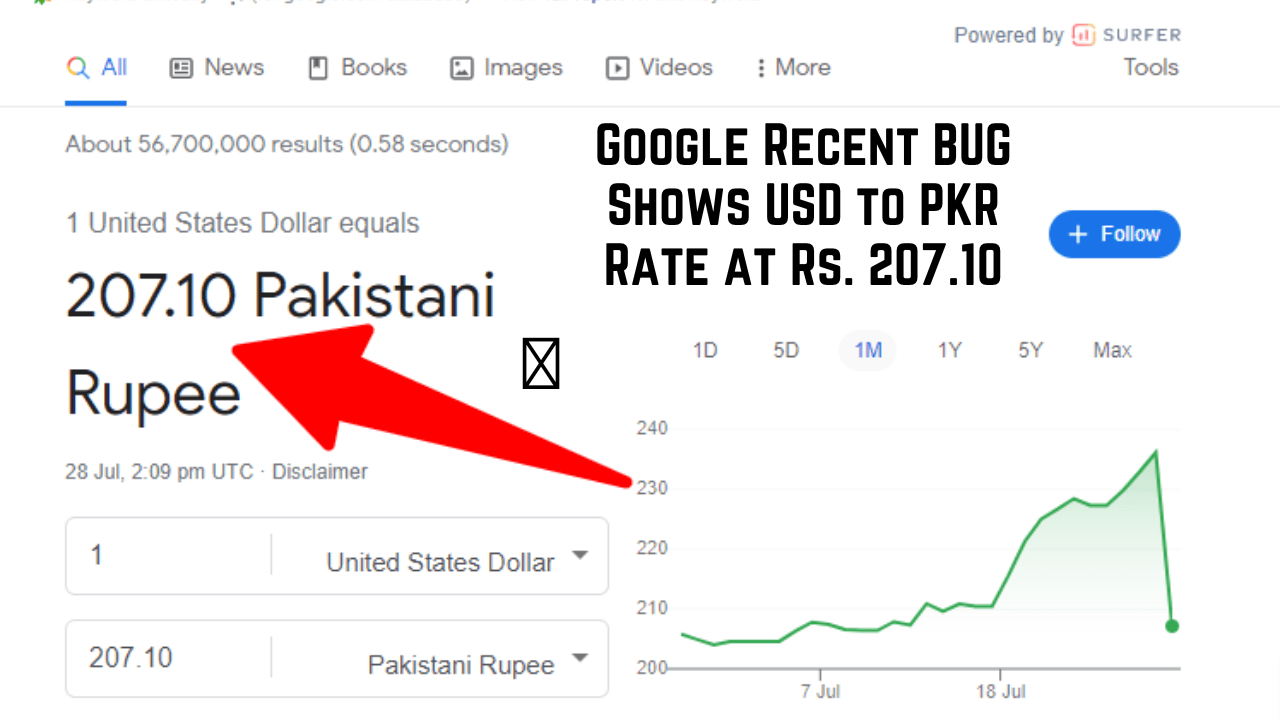 Due to a technical error, Google has begun displaying the rate of Pakistani Rupee versus US Dollar (USD to PKR) as Rs. 207.10 on the 28th of July in 2022. This has caused many individuals who use the internet to be perplexed. On the other hand, the local currency has not yet recovered, and the wrong conversion rate is only being shown because of a malfunction on Google’s end.

It is important to note that the Pakistan Rupee (PKR) ended at a record low of Rs. 239.94 versus the US Dollar (USD) in the interbank market on Thursday, July 28, 2022. During the course of the trading day, the PKR moved as high as Rs. 240. In the meanwhile, the exchange rate for one US dollar on the open market has surpassed Rs. 245.

As concerns grow regarding Pakistan’s economy in the midst of the ongoing political crisis in the country, the Pakistani Rupee has been one of the world’s worst performing currencies in recent weeks, as evidenced by its decline of nearly 8% against the United States Dollar over the course of the most recent trading week. During this time, the country’s foreign reserves have dropped below $10 billion, and inflation is now at its highest level in more than a decade.

Due to an error on Google’s part, which displayed the current exchange rate as Rs. 207.10, the general public was left confused regarding the value of the Pakistani Rupee in relation to the United States Dollar (USD to PKR).